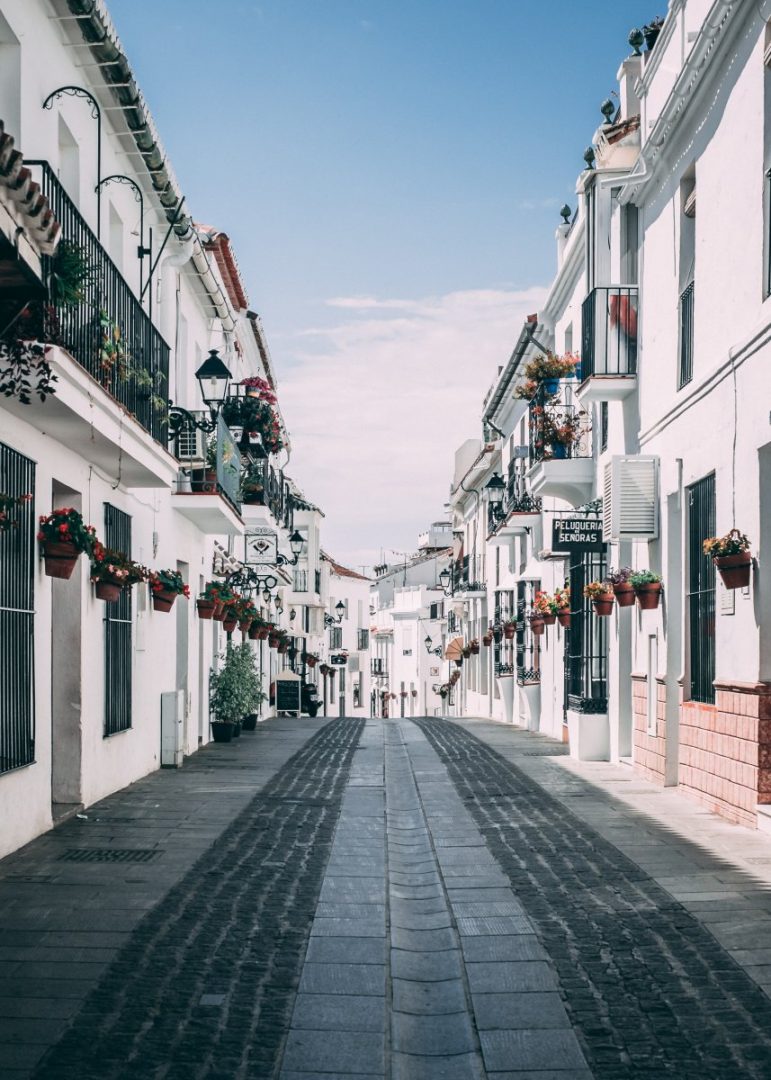 Mijas is one of the best examples of Andalusian villas overlooking the Mediterranean. Its privileged location between the sea and the mountains gives it an endless number of charms that make it one of the favorite destinations for tourists visiting the Costa del Sol.

The municipality extends into three main cores: Mijas Pueblo, located on the hillside of the Sierra de Mijas. Las Lagunas, the most modern area of ​​the city and axis of growth that is part of the urban continuum of the neighboring Fuengirola. And on the Costa, La Cala de Mijas, which extends through 12 km. of coast where you can enjoy the sea. Tourism activity is developed in popular areas such as Calahonda, El Faro or El Chaparral. In this area there is also an important sporting activity with a large number of golf clubs. It is also on the coast where “Torres Vigías” stand, a set of watchtowers built at strategic points on the coast that served Christians of the Reconquest to prevent attacks from ships from North Africa.

Mijas Pueblo keeps that charm of the typical white villages of Andalusia. It is located in the Sierra de Mijas and it is the urban area of the municipality that has hardly been modified by the evolution of history and its inhabitants. Of typical Arab physiognomy, its white houses contrast with the green of the pines offering a beautiful picture of the interior a few kilometers from the coast.

The Villa Blanca offers its visitors a number of cultural activities with museums such as El Carromato de Max (miniature museum), the Casa Museo de la Villa, the Flour Mill or the Contemporary Art Center (CAC Mijas). Special mention deserves its unique Plaza de Toros, small and irregularly shaped, the sanctuary of the Virgen de la Peña or the remains of the ancient wall that surrounded the city from the Muslim era.

BOOK NOW YOUR TRANSFER FROM MALAGA AIRPORT TO MIJAS